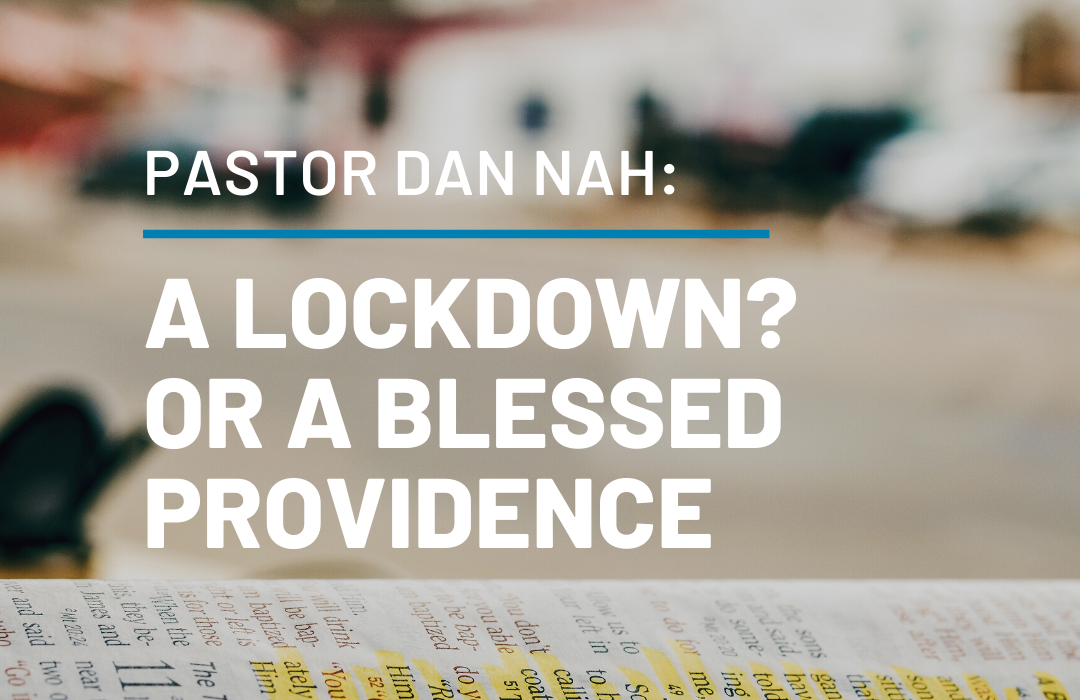 It has been called the largest lockdown in the United States. On Thursday, March 19, 2020, California ordered its forty million residents to stay at home except for essential activities such as obtaining food, supplies and medical care. Californians are not alone in experiencing such restrictions in their daily routines. According to one news source, "More than half of U.S. states have imposed lockdown measures restricting gathering and social contact, disrupting the lives of more than 100 million people and suspending the operations of thousands of businesses."

The challenge of social confinement is not new to our generation. Hundreds of years ago, one of the foremost leaders of Christianity faced a time period of personal restriction in his life. In A.D. 60-62, the Apostle Paul was imprisoned in Rome for preaching the gospel. Compared to the imprisonments he would later endure, this particular confinement would allow for some freedoms.  John MacArthur observes of this imprisonment in Rome: "Paul was guarded by soldiers (Acts 28:16; Phil. 1:13-14), allowed visitors (Acts 28:30; Phil 4:18), and free to preach the gospel (Acts 28:31; Phil. 1:12-14)."

The duration of Paul's imprisonment is recorded in Acts 28:30 - "he lived two whole years at his own expense, and welcomed all who came to him." These two years would prove to be tremendously fruitful for Paul's life and ministry. During this first Roman imprisonment, Paul wrote the epistles of Colossians, Ephesians, Philippians, and Philemon – those letters commonly known as "The Prison Epistles of Paul". These epistles show us that in this time of restriction:

Where would we be without the Prison Epistles of Paul?  These four epistles have been beloved and treasured by believers in Christ for hundreds of years. What richness and encouragement are found in these inspired writings of Scripture!  From the perspective of time looking back hundreds of years later, we can thank God for the period of confinement Paul had to endure. Through this season of restriction and confinement, God produced a blessing that would extend to generations.

A generation that is fidgety after one week of social restriction can learn a lesson from the two-year imprisonment of the Apostle Paul. Do not underestimate what God can do in and through a season of confinement. Later in life, Paul would endure a more severe imprisonment in Rome and write: "[I am] bound with chains as a criminal. But the word of God is not bound!" (2 Timothy 2:9) Perhaps this period of restriction will be the season the church will do some of its very best work.  Perhaps what the world calls a lockdown will be seen as a blessed providence.

Good Fellowship is a Little Uncomfortable

Listening Well, Caring for Others

Change Is A Community Project

The Type of Hard Work That Does Not Please God

The Marriage Supper of the Lamb

The Beauty of Baptism

Dependence on the Holy Spirit