The Reformation Part 1: The Five Solas 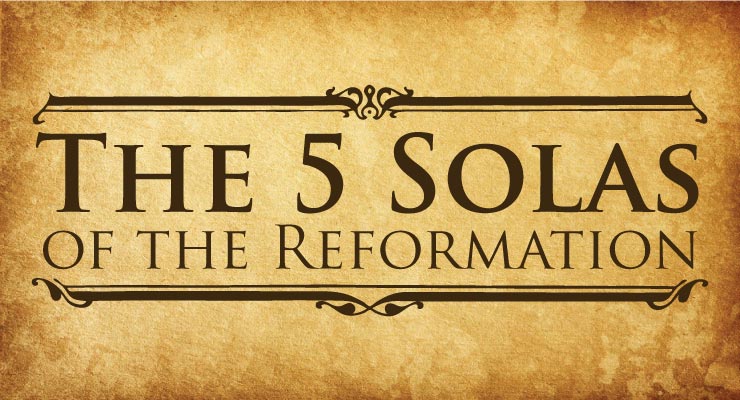 The Reformation was a 16th-century movement to reform the corruption and abuses in the Roman Catholic Church ending in the establishment of the Protestant Churches that exist today.

Those who protested the abuses and sought reform were called Protestants and/or Reformers.  What were they seeking to reform?

Men like Martin Luther and John Calvin sought to return the Church to its Biblical roots regarding salvation in contrast to the Roman Catholic Church’s man-made system of works-salvation.   They summarized their theological convictions in what has come to be known as “The 5 Solas of the Reformation”.  The five solas are five Latin phrases (or slogans) that teach the core principles of the Reformers.

The Five Solas of the Reformation:

For the next 15 weeks, leading up to the 500th Anniversary of the Reformation on October 31st, I will be reflecting on key principles taught by the Reformers.  Next week I look at the acrostic TULIP, also known as “The 5 Points of Calvinism”.