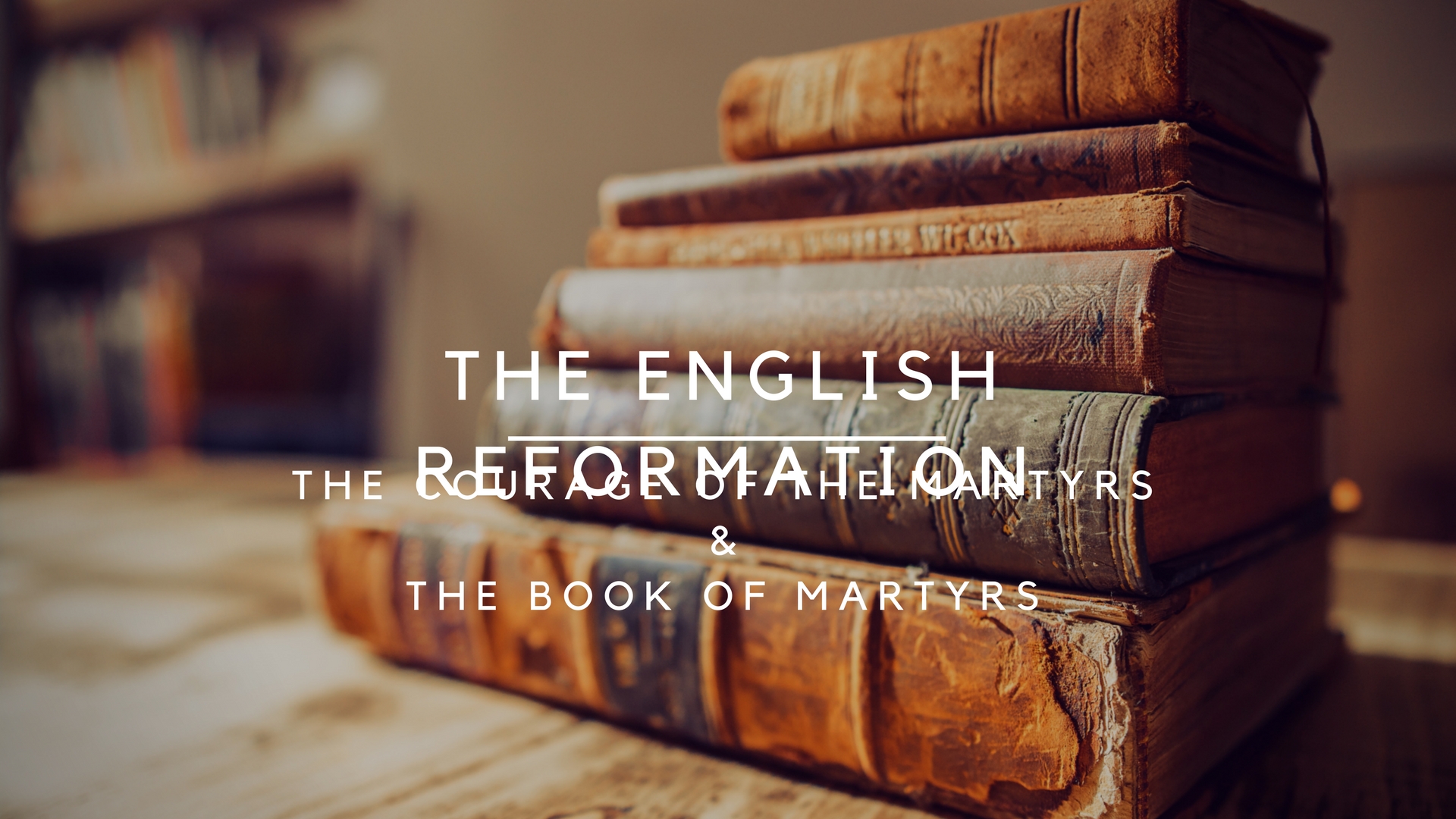 Bloody Mary
The Reformation in England was at first a political than ultimately a religious reformation.  The Protestant movement grew steadily beginning in 1527 until Mary I ascended to the throne in 1553.  Mary was the daughter of King Henry VIII and a devout Catholic. During her five-year reign, she worked to restore Catholicism as England’s state religion and sanctioned the persecution of Protestants, hundreds of whom were burned at the stake, earning her the nickname Bloody Mary.

In sharp contrast to the Roman Catholic effort to snuff out the Protestant Reformation in England, the Lord provided two major means for its growth:

The Courage of the Martyrs
Many Protestants were martyred before and during the reign of Mary.  Two of the most famous incidents were the death of William Tyndale and the deaths of Bishop Ridley and Bishop Latimer.

William Tyndale, who translated the Bible into English, spoke these final words before being burned at the stake,  "Lord! Open The King Of England's Eyes!”

When the fire was laid at Dr. Ridley’s feet, Mr. Latimer said, “Be Of Good Cheer, Ridley; And Play The Man. We Shall This Day, By God's Grace, Light Up Such A Candle In England, As I Trust, Will Never Be Put Out.”

The Book of Martyrs
Church Historian David Calhoun comments on the importance of the book, Foxe’s Book of Martyrs, “Out of this same period came one of the most famous books in English history, which was written by the contemporary John Foxe. We usually refer to that book as Foxe’s Book of Martyrs, although its actual title is Acts and Monuments. John Foxe tells the story of many of the Marian martyrs. He also goes back and tells the story of martyrdom since the beginning. He saw the martyrs under Bloody Mary as continuing a great succession of faithful people since the days of the early church. This book is probably next to the English Bible, and alongside John Bunyan’s Pilgrim’s Progress as the three most important books in English church history and the most formative influences shaping England’s Protestantism. Some of the martyrs were famous people, but most were very ordinary people. Many were women. Some were very young people who died through the persecution during the days of Bloody Mary.”

Leading up to the 500th Anniversary of the Reformation on October 31st, I will be reflecting on key principles taught by the Reformers.  Next week we look at How the Reformation Came to America.