The Reformation Part 5: The Priesthood of All Believers 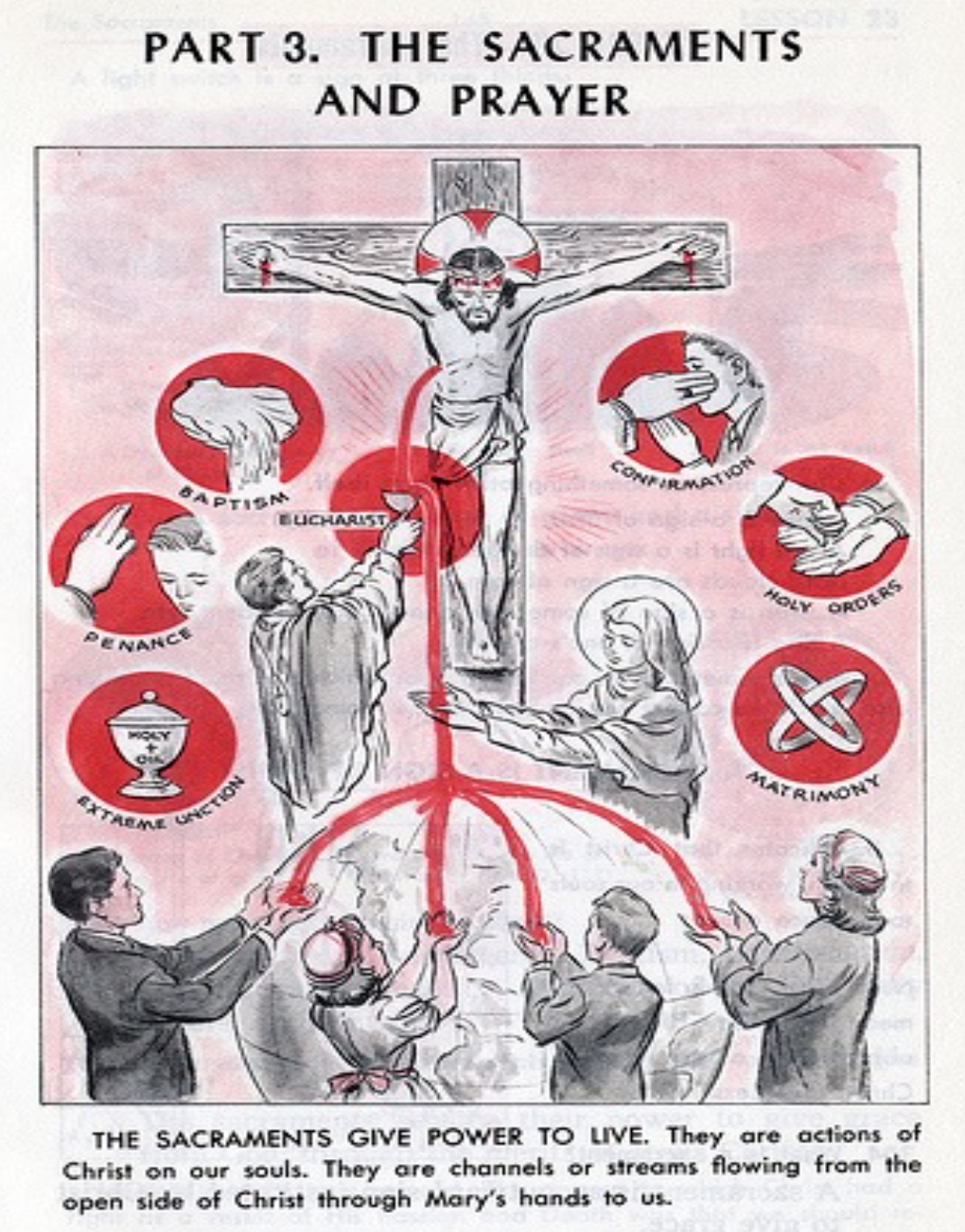 By the time of the Reformation, the Roman Catholic Church had functionally replaced Christ as the mediator between God and man. Through the inventions of a priestly caste (sacerdotalism) and an elaborate merit system (sacramentalism), Rome perpetuated the lie that the church alone could interpret scripture and offer salvation (sola ecclesia).

Sacerdotalism
Rome taught that people cannot approach God on their own, but must come through a priest. Only through the church, it’s ordained priesthood and Mary, does God confer blessings on His people.

Sacramentalism
Rome taught that people cannot be saved directly by the grace of God but rather that people receive grace incrementally through the seven sacraments.  The grace received is meritorious and adds up for points toward salvation.

Sola Ecclesia
Rome taught that people cannot interpret scripture nor be saved except through the Roman Catholic Church.

The Baltimore Catechism
This page shows how the merits of Christ are distributed through Mary and the priests via the sacraments.

In sharp contrast to Rome, the Reformers pointed Christians back to the Biblical doctrine of “The Priesthood of All Believers”.  This doctrine asserts that people can be saved directly by the grace of God through faith in Christ and can approach God in worship and service without the agency of a human priesthood or ecclesiastical system. “But you are a chosen race, a royal priesthood, a holy nation, a people for God’s own possession, so that you may proclaim the excellencies of Him who has called you out of darkness into His marvelous light” 1 Peter 2:9.  Below are a few suggestions for living like a royal priesthood.

Leading up to the 500th Anniversary of the Reformation on October 31st, I will be reflecting on key principles taught by the Reformers.  Next week we look at the phrase Coram Deo.

What a joy it is to read these, thank you so much, Dave! We're so blessed to have direct access to the Father, thank you, Jesus!

Praising God that we can come straight to Him and do not have to go through a "chain of command".

That was very clear and to the point. Thankyou