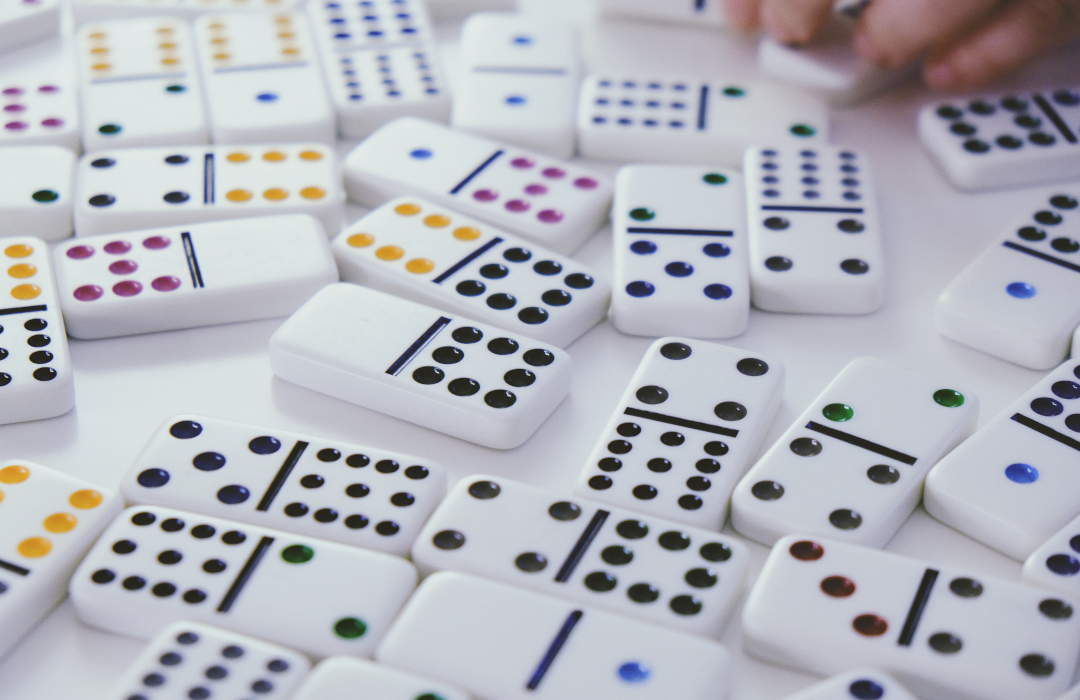 In Ecclesiastes 9:18 we read that, "one sinner destroys much good." In the wisdom and warning of this verse, Solomon reminds us about the domino effect of sin. There is a contagious power to sin that we often overlook. One sinner and one sin can inflict widespread collateral damage. As we say, it only takes one bad apple to spoil a barrel of good apples. The intemperate or illegal actions of one can set in motion a chain reaction of causes and effects that ripple out across many lives causing much harm. There is nothing secret, safe, stationary, or solitary about sin.

The reality of the domino effect of sin and sinners is tragically played out in the life of Achan during the time of the conquest of Canaan (Josh. 7:10-26). Here is man who during the siege of Jericho saw, coveted, took, and hid that which was forbidden by God to possess (Jos. 6:17-19; 7:20-21). And because of this man's sin, defeat, dismay and death resulted, adversely affecting the lives of many. Defeat in that Israel was routed by a lesser enemy at Ai (Josh. 7:1-5). Dismay in that the heart of the people melted, and Joshua had a crisis of faith in God (Josh. 7:5-9). Death in that thirty-six brave soldiers lost their lives, along with Achan's own family (Josh. 7:5, 24-25). In the story of Achan, we see that the lawless and loveless actions of one can turn and burn the lives of others. As Paul reminded the Corinthians, a little leaven can leaven the whole lump (1 Cor. 5:1-8). Sin is never a controlled explosion. By one man sin entered and ruined the whole planet (Rom. 5:12). A person's sin is never his business alone for it reaches out and drags people toward it. No man is an island unto himself. Therefore love for God and love for one's neighbor ought to keep us from sinning.

A couple of years back it was my privilege to sit down and have dinner with a young man connected to our congregation who was an active leader within Navy Seal Team Seven. We talked about life, the Lord, and the threat of Islamic terrorism around the world. He was interested to learn of my time in the RUC in Belfast, and our fight with IRA terrorists. At the end of the evening, I asked what I could pray for him as he was soon to be deployed back to Bashra in Iraq. Amazingly, he did not ask for prayer regarding the preservation of his own life. He simply asked, "Please pray that as a leader I do not make a bad decision that would unnecessarily cost my men their lives!" That is impressive. Here is one of America's finest reminding us that what we do greatly affects others, and therefore we must not act in a way that disregards the greater good of others. Remember it was through the disobedience of one, Adam, that sin entered the world, but it was also through the obedience of one, our Lord Jesus, that salvation was brought to all (Rom. 5:18). Look out for the interest of others (Phil. 2:1-11).