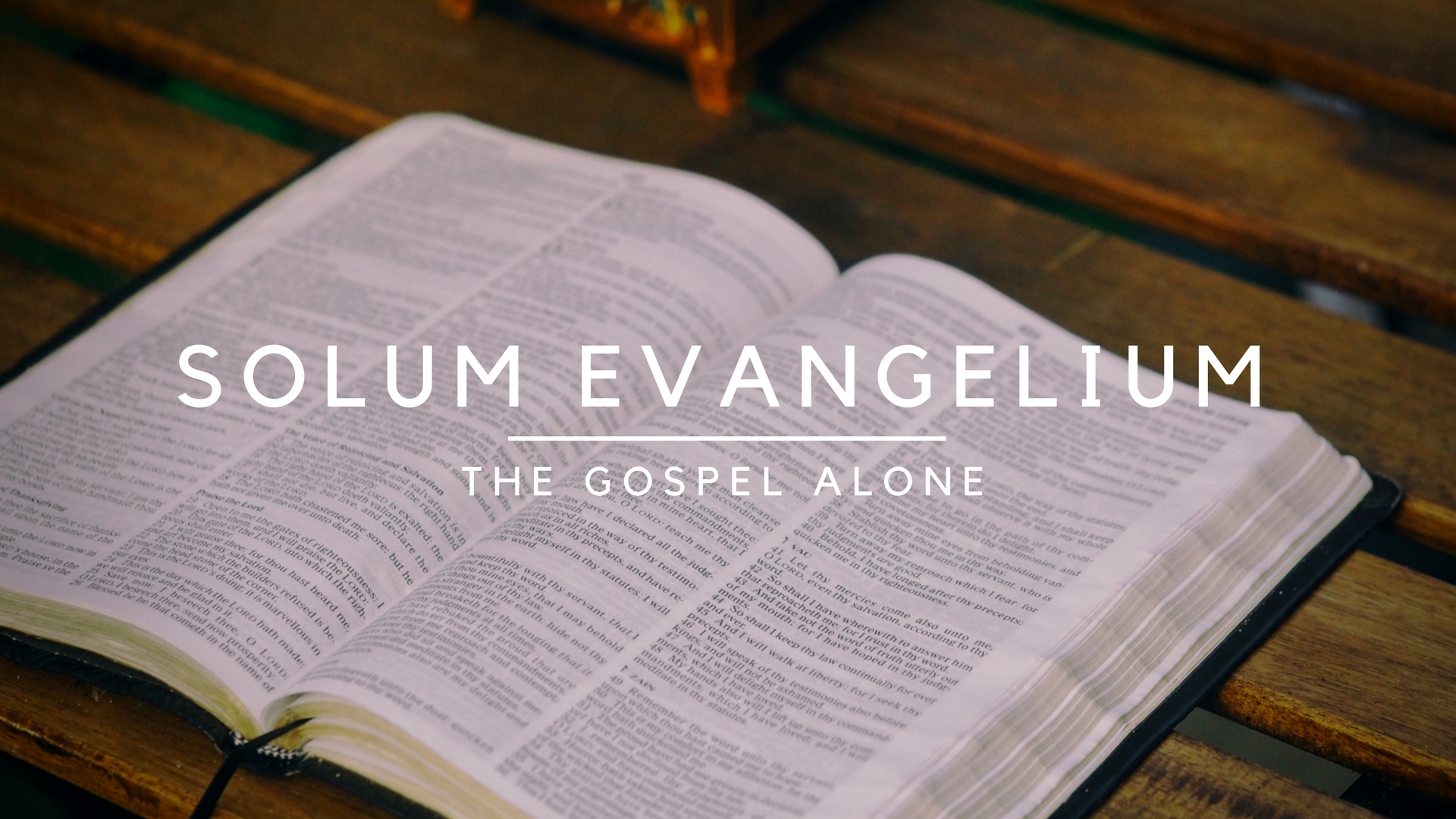 The Reformation (Part 8):
Solum Evangelium
By the time of the Reformation, the Roman Catholic Church had obscured the simplicity of the gospel through the invention of an elaborate merit system of salvation. As I mentioned in a previous blog, that system was built on the twin errors of Sacerdotalism (people cannot approach God on their own, but must come through a priest) & Sacramentalism (people cannot be saved directly by the grace of God but rather that people receive grace incrementally through the seven sacraments).

The System at Work (circa 1517)
Rome enjoyed a monopoly on salvation. Here’s how the game worked:

In sharp contrast to Rome the Reformers pointed Christians back to the simplicity of the Biblical Gospel. The Reformers teaching on the Gospel is summarized by the Latin phrase, “Solum Evangelium”. (The Gospel Alone), which reminds Christians that the Gospel message alone is God’s Power for Salvation and Plan of Salvation. “For I am not ashamed of the gospel, for it is the power of God for salvation to everyone who believes, to the Jew first and also to the Greek. For in it the righteousness of God is revealed from faith to faith; as it is written, “But the righteous man shall live by faith.” Romans 1:16-17

The Content of the Gospel
Paul tells us in 1 Corinthians 15 that the Gospel is “Christ died, was buried and rose again the third day for our sins”.

Our Response to the Gospel
Since Christ has already paid the penalty of sin we are saved by grace alone, through faith alone in Christ alone!

Leading up to the 500th Anniversary of the Reformation on October 31st, I will be reflecting on key principles taught by the Reformers. Next week we look at Martin Luther & The German Reformation.

Is this teaching series available online as an audio download?