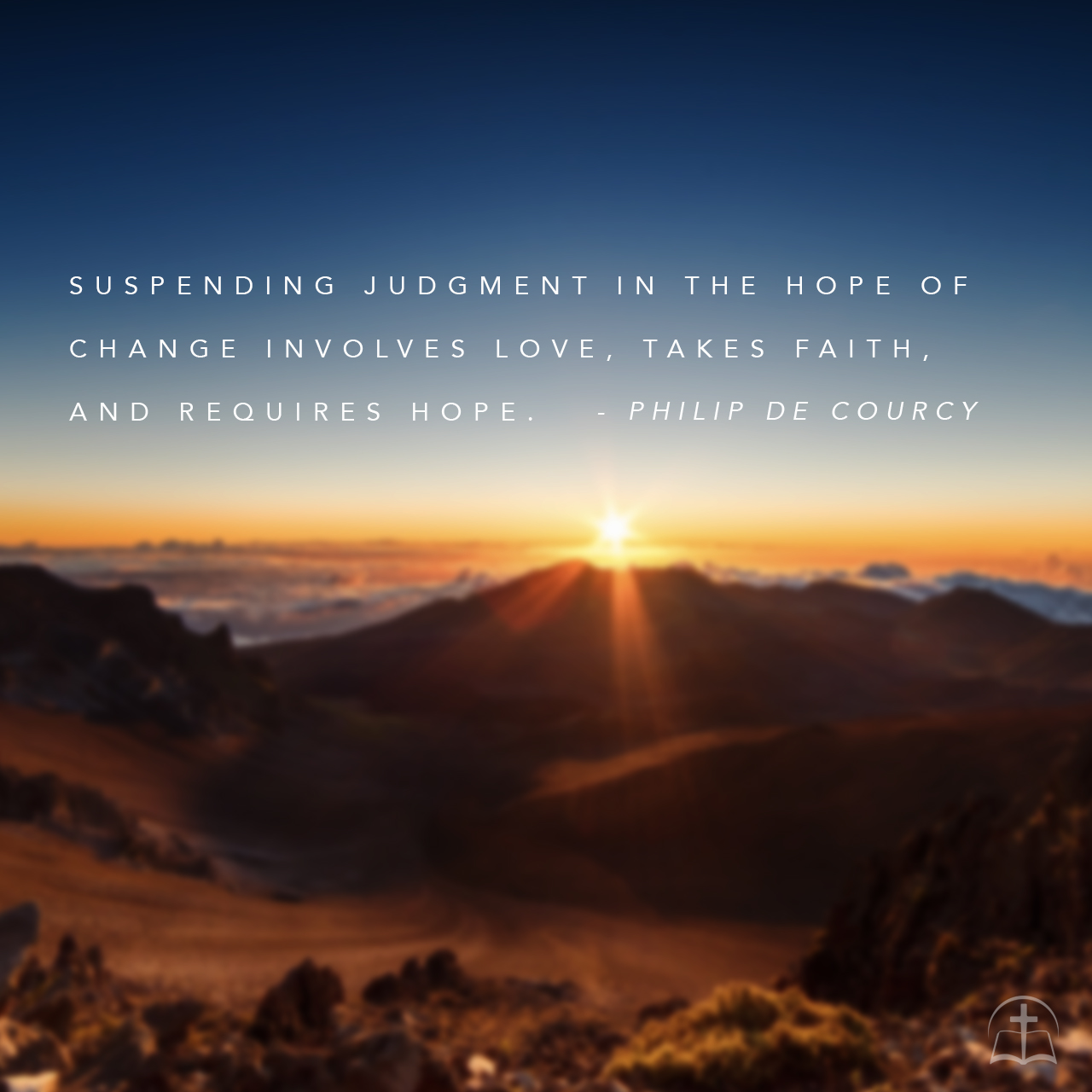 In his book Life Essentials, author Tony Evans remembers during his days at Dallas Seminary how one of his favorite professor’s, Dr. Howard Hendricks told them of how his fifth-grade teacher tied him to the chair in an attempt to make him behave. When he went to sixth grade, his teacher eyed him and said, “So you’re Howard Hendricks. I hear you’re a bad boy, but I want you to know that I don’t believe a word of it.”

Believing the best about someone in the face of their bad behavior or cruel words is not an easy thing to do. Suspending judgment in the hope of change involves love, takes faith, and requires hope. Reflecting on this story and the story of God’s grace, the Christian above all is called to do this very thing. The man or woman saved by God’s matchless and marvelous grace more than anyone should be willing to give someone a second chance.

This is true because love believes all things (1 Cor. 13:7). Love is eager to believe the best. That does not mean that love is undiscerning or gullible, but that it gives the benefit of the doubt. Love retains its faith and doesn’t become cynical and censorious toward other people. It doesn’t like to think the worst until it has no other choice.

This is true also because the gospel has us anticipating that people can change through Christ. What they are is not how they will stay once touched by the transforming grace of God. We see this in the renaming of Simon to Peter (John 1:42). This new name was a prophetic statement of what grace would make out of this weak, vacillating and impetuous man. Peter means “rock.”

Again this is true because we can be wrong about people. The classic example of this is the disagreement between Paul and Barnabas over whether to take Mark, who had failed them once before (Acts 15:36-41), on a mission’s trip. There was no meeting of the minds and so a rift took place. Barnabas took Mark with him believing that his future would be better than his past. Time seemed to prove Barnabas to be right in that Paul acknowledges in his last letter the usefulness of Mark in the ministry (2 Tim. 4:11). Time can prove us wrong about people so we need to give them time.

Who is the Howard Hendricks in your life?