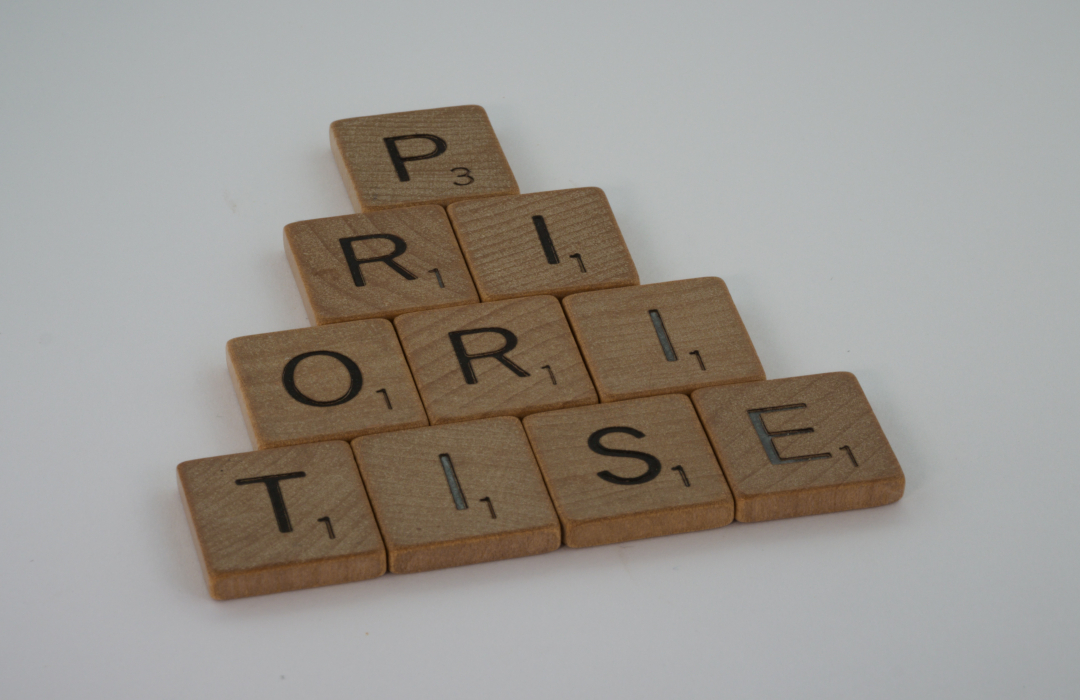 Luke 10:38-42
And Jesus answered and said to her, "Martha, Martha, you are worried and troubled about many things. But one thing is needed, and Mary has chosen that good part, which will not be taken away from her."

Filmmaker Walt Disney was known for chopping anything from his movies that got in the way of the story's progress and pace. Ward Kimball can attest to that fact! Ward Kimball, one of the animators for Snow White, recalls working 240 days on a 4-1/2 minute sequence in which the dwarfs made soup for Snow White, and almost destroyed the kitchen in the process. Walt Disney thought it funny, but he also thought it disrupted the flow of the film, and so he cut it from the picture. In the editing room of Disney Studios, the question was never is it good, but is it best. Snow White was not a good movie, it was a great movie, because Walt Disney set priorities, and kept to them.

In the light of this story, we would want life to imitate art. In life, we must make it our mission to stay on mission, which means setting priorities. It is easy to get drawn away from those things that should command our greatest attention and affection. An example of what we are talking about is to be found in Luke's Gospel, where we read of Jesus' visit to the home of Mary and Martha (Luke 10:38-42). Upon welcoming Jesus into her home, Martha immediately sets about fixing the Lord Jesus something to eat, and becomes "distracted with much serving" (Luke 10:40). Her sister Mary makes a different choice; she sits at Jesus feet and hears His word (Luke 10:39). She seeks fellowship with the Bread of Life Himself (John 6:35). Mary's unwillingness to help in the kitchen bothers Martha, and so she makes a stink about it (Luke 10:40). Martha doesn't like Mary's choice. Interestingly, Jesus tells Martha that he liked Mary's choice. Mary had understood that "man shall not live by bread alone, but by every word that proceeds from the mouth of God" (Matt. 4:4). According to Jesus, Mary had given herself to that which was most needful, that which was best, and that which would have a lasting impact on her life (Luke 10:42). She did not allow the pressing to crowd out the needful, the good to crowd out the best, and the temporal to crowd out the eternal. She made a choice based on what was needful, best, and lasting.

Question! When the film of our lives is shown before the face of God and the hosts of heaven, will it be as great as it might be? The answer to that question will depend on the editing we do during our days on earth. Some things in life are to be desired, pursued, and valued more than other things (Psa. 27:4; Phil. 3:13; Luke 10:41-42). Will we like Walt Disney ruthlessly cut away anything that disrupts the unfolding of God's story in us and through us? We must not allow the pressing to crowd out the necessary, the good to crowd out the best, and the temporal to crowd out the eternal! Make it your mission to stay on mission. Learn to distinguish between what really ought to matter, and what is mattering.