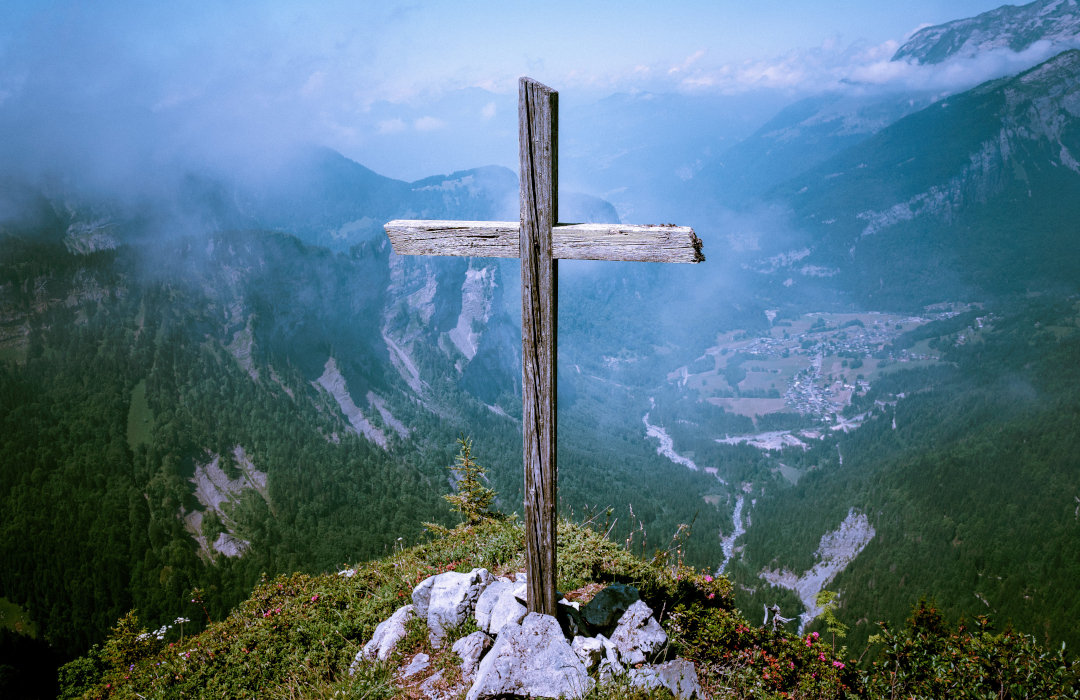 Therefore it was necessary that the copies of the things in the heavens should be purified with these, but the heavenly things themselves with better sacrifices than these. For Christ has not entered the holy places made with hands, which are copies of the true, but into heaven itself, now to appear in the presence of God for us; not that He should offer Himself often, as the high priest enters the Most Holy Place every year with blood of another. He then would have had to suffer often since the foundation of the world; but now, once at the end of the ages, He has appeared to put away sin by the sacrifice of Himself. And as it is appointed for me to die once, but after this the judgment, so Christ was offered once to bear the sins of many. To those who eagerly wait for Him He will appear a second time, apart from sin, for salvation.
Hebrews 9:23-28

In April 2001, in the midst of renewed fighting between Israel and the Palestinians, a motorcade carrying the Security Service Chief of Gaza came under a hail of bullets from IDF troops. In a state of panic the official called Yasser Arafat from his car for immediate help. This started a chain reaction of phone calls that involved Arafat calling the U.S. ambassador, who in turned called the U.S. secretary of state, Colin Powell. Colin Powell immediately got in touch with Ariel Sharon, the then prime minister of Israel, who wasted no time in ordering the shooting to stop at once. And it did. Talk about the benefit of friends in high places. The Security Chief's connections saved his life.

In a similar, yet more significant fashion, the Christian has connections in high places through Christ, who is said to have entered heaven itself, now to appear in the presence of God for us (Heb. 9:24). After His resurrection, the Bible tells us that Jesus ascended to the right hand of God where He makes intercession for us (Rom. 8:34). What a reality! Christ carried our sins to the cross, and then carried our humanity to the heights of God's throne where He represents us (Heb. 2:17-18; 4:14-15; 10:19-22). What is Christ doing now? He is sitting down as a reminder of His finished work of propitiation on the cross for us (Heb. 10:11-12). He is enthroned in heaven expecting the complete, and ultimate defeat of His enemies (Heb. 10:13). And as we have just mentioned, He is interceding for those who will come to God through Him (Heb. 7:25). Christ is not sitting on His hands in heaven today; they are clasped in prayer for us! While on earth Christ finished the work of redemption through His death and resurrection, but today in heaven following His ascension to the right hand of God, He carries on the unfinished work of interceding on our behalf.

Whatever your problem, whatever your crisis, add your weak prayers to His strong prayers, and let the peace of God stand garrison over your heart (Phil. 4:6-7). Don't panic you have a friend in high places who is working for you. Help is on the way!